Imin Yeh: A Sculpture For Not Networking

Phone Jack (2015) was a part of GHOST, a project curated by Printeresting. GHOST was a series of collaborative projects that took place not just online, but in the real world with thematic guideposts that included: trace, echo, residue, evidence, artifact, history, nostalgia, witness, memory, invisibility, vanishing, mystery, death, memento mori, afterlife, etc. Phone Jack also appeared in Ghost, a pop-up exhibition at The Luminary during spring 2016, and is now permanently on exhibit at STNDRD through June 2017.

Download the PDF, cut, fold, leave around studio spaces where you are engaging in other de-funct technological activities and/or questionably “productive” work. 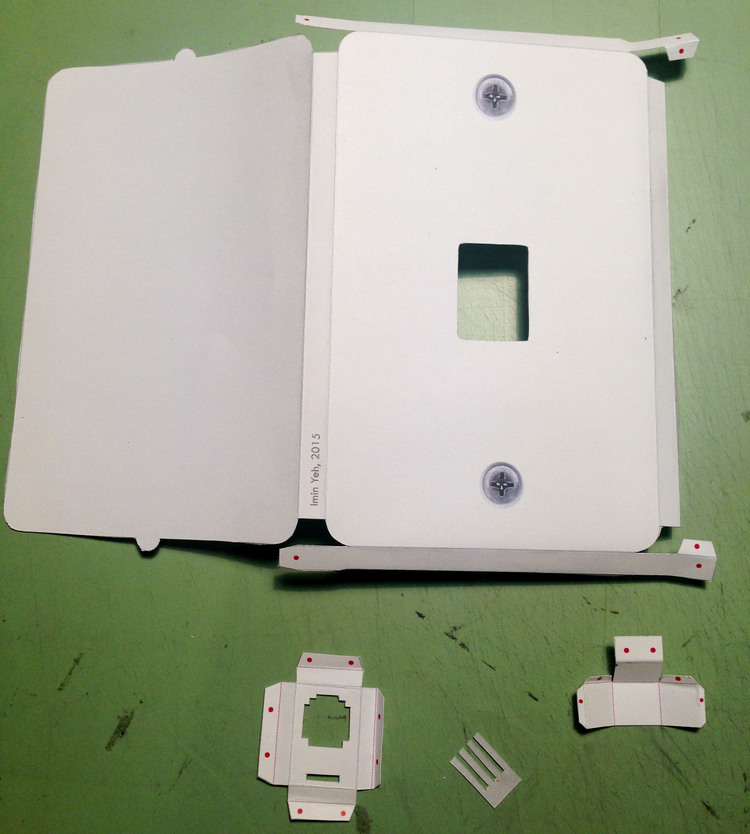 Imin Yeh is a interdisciplinary and project-based artist, working in sculpture, installation, participatory events, and print. The projects use repetitive handcraft and mimicry as a strategy for exploring the issues around the unseen labor and production that lies behind our many unconsidered everyday objects.

Yeh is an Assistant Professor of Art at Carnegie Mellon University. In 2009 she received her MFA from California College of the Arts, while her undergraduate degree was completed at University of Wisconsin, in Art History and Fine Arts with a focus in Asian arts. Yeh has exhibited her work extensively throughout California, at San Francisco’s Asian Art Museum, Contemporary Jewish Museum, Kala Art Institute, Recology, and Southern Exposure among others. She has received fellowships and awards from the San Francisco Arts Commission and Fleishhacker Foundation, and has been actively engaged in arts education discourse through lectures, print exchanges, and public projects.